My new (and not-quite-complete) website design, gratefully inspired by Alexander Obenauer’s lovely UI research site, makes heavy use of horizontal scrolling on the home page, with scrollbars hidden. As documented elsewhere (and a softer take), this is not a risk-free design decision. (TL;DR: many pointing devices don’t have horizontal scrolling controls, and only Firefox automatically provides a tab stop for scrolling with the keyboard.) But… 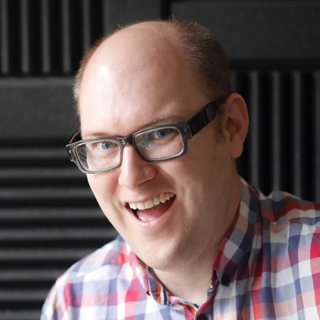 If you can’t play with horizontal scrolling on your personal home page, where can you? #CSS #indieweb

To make a region horizontally scrollable, wrap the content of the region in a block with overflow-x: scroll. Pair this with overflow-y: hidden to prevent a vertical scrollbar from showing up under some conditions (in my case, large text sometimes triggered this because the line box would overflow the top/bottom of the container):

Then, give that block some content that will exceed the width of the viewport. In my case, this was a set of flex items with a specified inline-size (née width) and flex: none to prevent them shrinking:

Permalink to Hide the scrollbar #

Warning: Much like focus outlines, scrollbars should not be hidden without some alternative plan for how all your users will be able to scroll the region. More on this below.

More and more operating systems are already hiding scrollbars when they are not in use. This is far from universal, however. If, like me, you’re designing a site around horizontally scrollable regions, you probably don’t want them marred by the eyesore of browser-native horizontal scrollbars. (It should be noted, however, that if you don’t mind how they look, leaving scrollbars visible is certainly your most accessibility-first option.)

The standard way to hide scrollbars is with scrollbar-width: none, but as of this writing it is only supported in Firefox. It takes a bit more code to cover Chrome, Edge and Safari:

While horizontal scrolling is not intrinsically inaccessible, hiding the scrollbars with no alternative UI certainly is.

On an early version implemented pretty much as described above, I got some excellent feedback from Matt Willcox:

I’ll tell you now - I can’t use it because I’m on a mac but using a trackball.

Guess what has no horizontal scrolling UI available? A mac with a trackball.

and from Ana Tudor:

I have the same problem and I’m on Ubuntu. My trackpad has no horizontal scrolling option.

Without the arrow keys (which I wouldn’t have thought about using before seeing this thread as I’m not much of a keyboard user) I couldn’t have scrolled at all.

There are lots of situations where scroll is just not possible or not obvious without scrollbars.

While I don’t mind the design of my personal website being a bit experimental and unfamiliar, actually making it inaccessible crosses a line for a site where I want to teach techniques to improve web accessibility.

Adrian Roselli’s article, Keyboard-Only Scrolling Areas is an excellent guide for what is needed to make a custom-styled horizontal scrolling area accessible to keyboard users. In short, you need to make the region keyboard-focusable (tabindex="0"), which only Firefox does by default, and give it a descriptive ARIA role and label for screen reader users to understand why the tab stop exists:

If, like me, your scrollable regions span the full viewport width, you may also want to customize the :focus-visible styles, since the default focus outline will overflow the viewport on the left and right edges. In my case, I went for a background colour on the region:

But per the feedback I’d received, keyboard scrolling – while necessary – would not be sufficient for all my users to be able to scroll the region easily. The other thing that is needed is an actually-clickable alternative to the scrollbar I had hidden.

I implemented this with a pair of arrow buttons just below the scrolling region. These buttons trigger JavaScript that checks the current scroll position to see what content is currently in view, and moves it along to the next/previous block of content. The details of this would be an article in themselves, but you can read the source code if you’re interested.

As I clicked my new scroll buttons and saw the browser smoothly animate the scroll position to the next chunk of content, I realised how satisfying it was to have the horizontal scroll position exactly line up the edge of a content block with the margin of my page design. I was reminded that CSS Scroll Snap is a thing!

With scroll-snap-type, and scroll-padding-inline-start, you can tell the scrolling region to snap the scroll position to specific elements within your content:

Then, tag each content block that you want to be a “scroll stop” with scroll-snap-align: start:

This one change took the horizontal scrolling from something that looked nice but honestly was feeling like a somewhat annoying gimmick, to something I actually enjoyed using, at least as a trackpad user who can scroll horizontally with swipe gestures!

One minor browser issue that I found confusing was that if you scroll vertically in Chrome before the horizontal scroll finishes its smooth “snap” into place, the vertical scroll will interrupt the horizontal scroll and leave the scrollable region in an “illegal” position. Neither Safari nor Firefox has this issue.

Permalink to Scroll on focus #

Update Jan 13, 2023: Updated the following solution for compatibility with Safari.

With the scroll position neatly snapping to the content blocks in each scroll region, a minor usability issue became apparent: as a keyboard user, if you tabbed to a link in a content block that was only partially visible on the screen, the region would not auto-scroll to ensure the newly-focused link was visible in its entirety. Browsers will only scroll on focus if the item to be focused is completely off screen.

The solution is to capture the current scroll position after each keydown event (we’re especially concerned with the Tab key being pressed, but there’s no harm to recording it on every key), which is reliably before any auto-scrolling in all browsers, and then to wait until an animation frame after the focus (and focusin) event, which is reliably after any auto-scrolling in all browsers, to reset the scroll position to the value we last stored. We can then trigger a smooth scroll of our own from the correct starting position.

A couple of notes on this:

focus events are a little special. For most DOM events, you can addEventListener on a parent or ancestor to respond to all events targeting elements they contain. But focus and blur events don’t “bubble” up from the target element to trigger event listeners on containing elements the way most events (like click) do. To respond to focus events on all descendants of a content block, therefore, you need to call addEventListener with the third parameter (useCapture) set to true. This tells the browser to trigger the listener in the “capture” phase of event propagation (as the event makes its way from the root of the document down to the target element), instead of in the “bubble” phase (where the event propagates back up from the target element to the document root). It’s also worth noting that focus events don’t have target or currentTarget properties, so you need to find some other way to get references to DOM nodes inside your listener function.

I could have worked around all of this by using the much more “normal” focusin event, but I got it working with focus first, so I decided to leave it that way.

I also had to give up on Element.scrollIntoView for our custom scroll, because I couldn’t get it to work reliably in Safari 16.2. It seems that this latest version of Safari made some changes to scrolling to support the CSS scroll-behavior property, and I suspect it has resulted in some subtle bugs with smooth scrolling. Luckily, Element.scrollTo does seem to work fine.

The subtle inconsistencies and bugs around auto-scrolling on focus, and how to override it with a custom scroll, took me back to the “good old days” of DOM APIs being completely incompatible between browsers. On a personal project, this was a fun challenge to solve. If I’d run into this at work, it probably would have ruined my day! Thanks to Stéphane Deschamps for making me aware of this issue so that I could solve it.

As I played with the scrollable regions, I was inspired to add a couple of nice visual effects with position: sticky, which tells the browser to keep an element pinned to the edge of a scrollable region (with an offset you specify) if it would normally scroll off the screen, as long as part of its parent block is still within the visible area of the region.

First, I made the little “tails” on the speech bubbles I had designed for notes stick to my avatar image, only shifting out of the way to make way for the next note:

Secondly, I wanted some trace of the colourful header block at the start of each scrollable region, so I made a strip of this colour stick to the edge of the viewport as the header area is scrolled out of view:

The final tweak honestly shocked me. As I worked on all of this, each time the page refreshed in Chrome, the scrollable regions reset to their start positions.

It didn’t occur to me that this was strange until I began working on other screens of my site. But sure enough, once I had scrolled to reveal a piece of content and clicked to navigate to it, if I hit the Back button in Chrome to return to the home page, all the scrollable regions would be reset to their start positions. Safari and Firefox both retain the scroll positions as you would expect, but Chrome does not.

Once again, a little JavaScript to the rescue! A StackOverflow answer from user Jondi provided the correct incantation to stow each scroll position in sessionStorage on the beforeunload event, and then pull them out again on page load.

One of these scripts per scroll region (with a unique {{id}} for each region) was the solution:

Permalink to Worth it? #

If at some point in reading this article you threw your hands up in the air and decided to simply let the native scrollbars stay, I wouldn’t blame you. Most modern browsers and operating systems can render a fairly attractive, invisible-until-used scrollbar out of the box.

Ultimately, I’m sticking with my custom solution because playing with alternative, custom visual cues and UI elements for horizontal scrolling was sort of the whole point of this design. And again, a personal website with no real stakes to its usability is the perfect place to experiment this sort of “risky” design.

I almost certainly wouldn’t do this at work, where our product needs to minimise friction for first-time users getting a job done. That said, the micro-interactions of horizontal scrolling, deployed in the right context, could well be a means to delight users. I think this design is successful enough to demonstrate this.